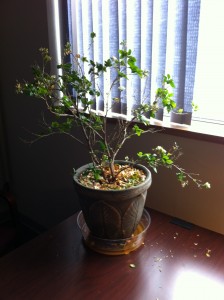 Poor Bob, he’s in the process of dying either of overwatering and/or heat exhaustion from a radiator (or just plain neglect). We’re still trying to talk him down from the ledge, but he’s teetering ever more closely each day….

Lyman, Bob’s former best friend is feeling a great sense of denial, Anger… and is about to start bargaining… We’re going to it to a greenhouse for autopsy very soon. 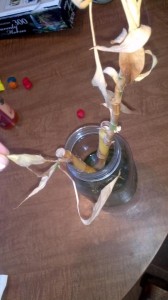 Lucky the bamboo wasn’t too lucky… 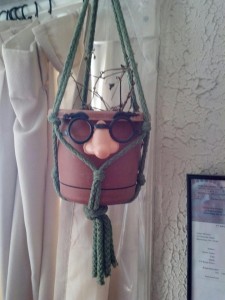 Ivan was a simple but happy plant! He was born to captivity so he knew no other life. Sometimes at night he would listen to the old ferns talk about the open earth and he would ponder the unknown. Even though his thoughts would wonder he would always fall asleep to the comfort of his spot on the sill. Then the day came that changed the course of his life!

A dried up spider plant was placed at the top of the stairs and all the plants were in panic. Ivan couldn’t even gather his thoughts before he was scooped up and placed in a hanging device on the east side of the bedroom.

Long story shorter……. a few months later Ivan hang dry and forgotten, only to be mocked and left for show. But Ivan’s good nature perseveres, he knows no other plants will hang in this isolation chamber of plant horror so long as he hangs there! 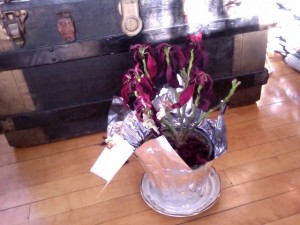 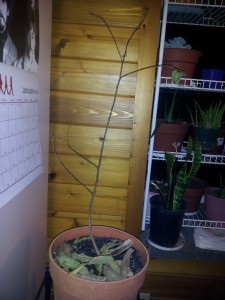 There are so many questions for Amanda and Stacy the candlestick jumpers and this has left them quite discombobulated.  They really have no idea how Luverne the Eucalyptus citriadora passed. Could have been the shock of moving to her new home or a million other reasons. We will probably never know.

Luverne was purchased with her sister, Shirley, at the Cold Spring Farmers’ Market. Luverne failed to thrive in her new living conditions. Despite her caretakers attempts to revive her, Luverne slowly but steadily lost her leaves and dried up. Her sister, Shirley, remains in good health.

Stacy and Amanda plan to put off the burial until spring which is when they will finally add Luvernes scant remains to their compost pile.

“Got not time for spreading roots, the time has come to be gone. And though our health we drank a thousand times, it’s time to ramble on.”

Ione the passion flower passed peacefully in the cold this fall as Janelle, a baker by trade, remodeled her house. This is what Janelle had to say about the ordeal…

“Really, this is a confessional. This plant didn’t just die on me, I murdered it. I moved it outside while remodeling the house. As cold weather approached I chose to not bring it back in. It had gotten huge! Some of the vines reached lengths of over 10 feet. This plant was taking over my house. I loved the graceful vines and the beautiful little flowers that would bloom in the spring and the fall but keeping up with the trelissing was becoming a downer. So, I let it die. I still feel horrible about this wanton planticide and though I feel remorse, I would do it again. It’s pot and trellis still sit on the patio and the sight haunts me as I stand at my kitchen sink and look out the window at the remains. I’m sorry passion vine… I’m not the person I thought I was.”

Ione will be buried Spring of 2013 in the compost pile. 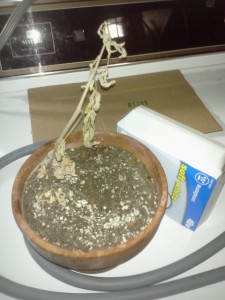 Herschel, a tomato of some sort, was found dead in the basement of Jeff’s new house on top of an old broken dryer. Though Jeff knows little about the life of Herschel he assumes he would have enjoyed the basement at first because it had plenty of spiders and other unwelcomed wildlife to keep him company through the damp, cold days. Despite the horrible dampness in the basement, Herschel eventually dried to the point of no return.

Jeff, a construction worker, is sad that he didn’t get to know Herschel before his death because he really likes tomatoes. A lot.

Herschel will be buried in Jeff’s compost pile and used to fertilize his future tomato plants. 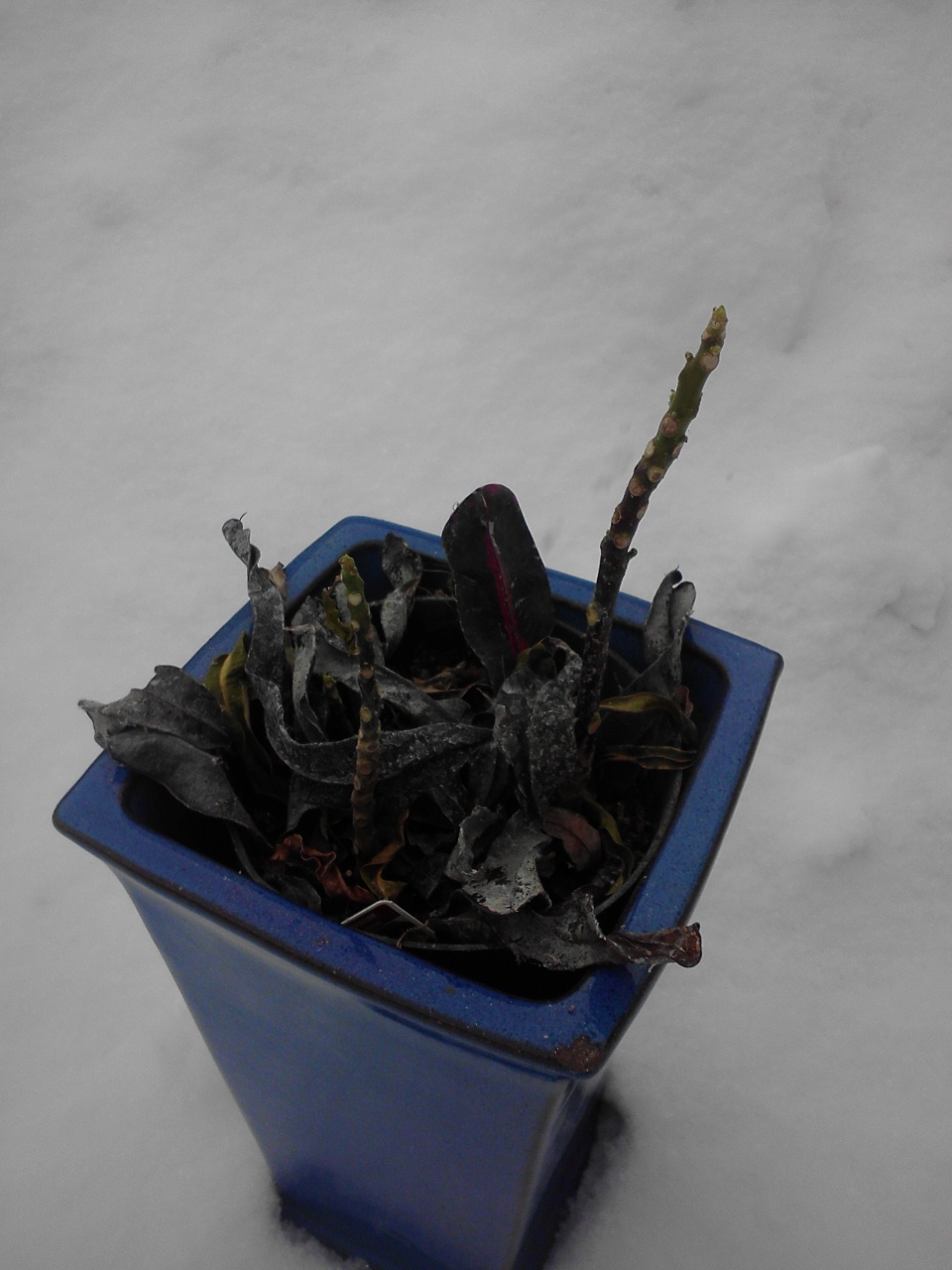 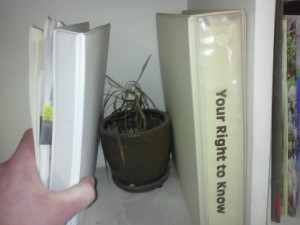 Fred, a red dragon palm died quietly after being forgotten behind some books on an office shelf. Jim, a mechanic, feels alright about it because he didn’t even want Fred in the first place and will be dumping him behind the shop after lunch.

Fred enjoyed reading safety manuals and collecting dust. Luckily his memory will live on in the magical world of the internets. 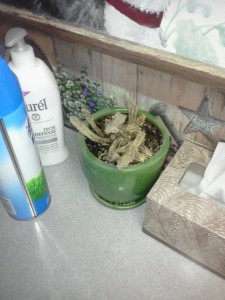 Cathy, a cactus died after sitting in the work bathroom where it received absolutely no sunlight and was watered every time someone used the can. Peggy, an office worker who is devastated by the slow and agonizing death, will be throwing Cathy in the office dumpster on Friday.

Cathy loved the smell of Lysol disinfectant spray and glade plug-ins. See you in the big (well lit) bathroom in the sky, Cathy!